You might say that you hate bread in Japan: Japanese bread 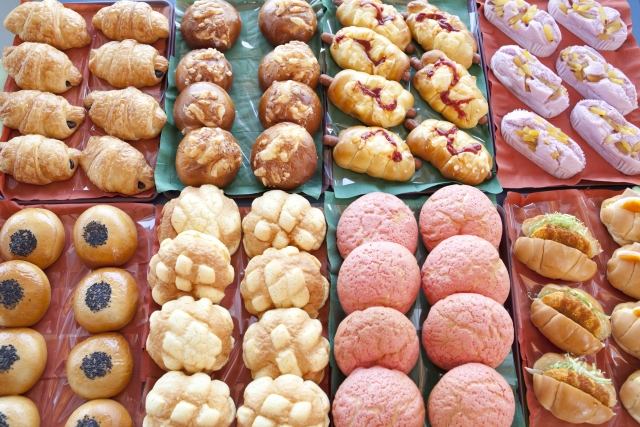 While you might think of Japan as a nation of rice, you'd be surprised by the utter ubiquity of bakeries in the country.
Bread has taken a long time to rise here, but the results are remarkably appetizing!
So let’s begin by looking briefly at the history of bread in Japan.

Bread In Japan A Brief History 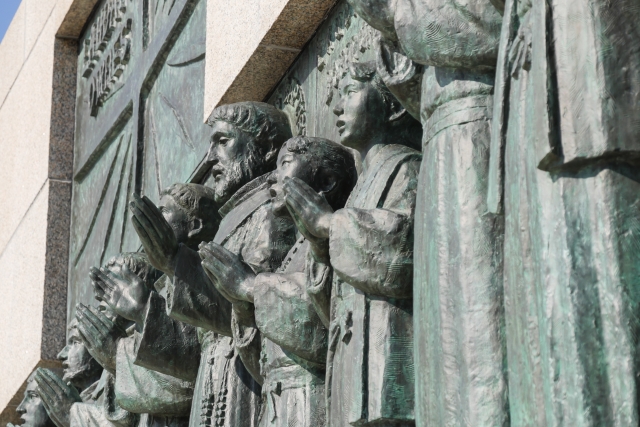 Bread first came to Japan through Portuguese traders and missionaries in the mid-16th century.
However, Christianity was banned in the early 17th century, and any toehold bread had made went with it.
But the name stuck, the Japanese word for bread in a pan, which is the local adaptation of the Portuguese Pão. 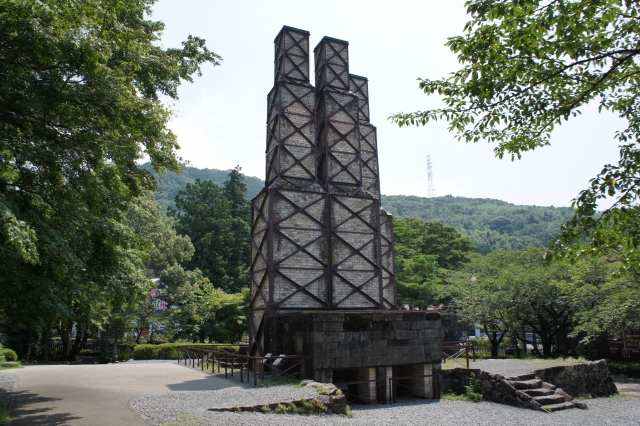 While a bread recipe can be found in a Japanese sweets book from 1718, there's no actual evidence that it was ever made locally.
The first bread known to be made by a Japanese person for Japanese people was prepared by Egawa Hidetatsu in 1842. In charge of the Tokugawa Shogunate's coastal defenses around Tokyo Bay, he baked hard bread as provisions for soldiers-and also constructed an early reverberatory furnace in Izunokuni, Shizuoka Prefecture, which is now a World Heritage Site. 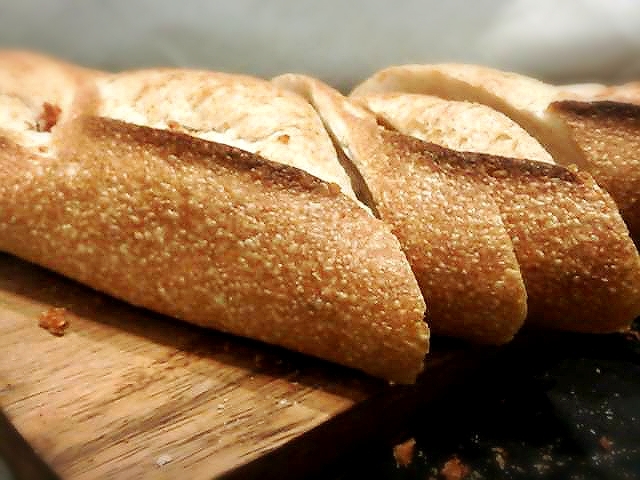 For most of modern history, the Japanese failed to understand the point of the baguette — known locally as furansu pan (French bread) — and shunned the globally coveted Gallic specialty, thinking it was hard and tasteless.
Carried by almost every bakery in Tokyo, it was often isolated from the main cast of popular offerings such as sweet pastries and curry pizzas — even in fashionable bakeries like Pompadour and Kobeya.
Four or five loaves always remained at a closing time while everything else sold out.

Aside from the taste and the local preference for softer bread, the Japanese long held that ”furansu pan” was a snack and not suitable to be eaten as part of a real meal, especially for men born during the Showa Era (1926-1989) for many women in Japan, bread has been the ultimate comfort food — even a guilty pleasure.

Go on a different path 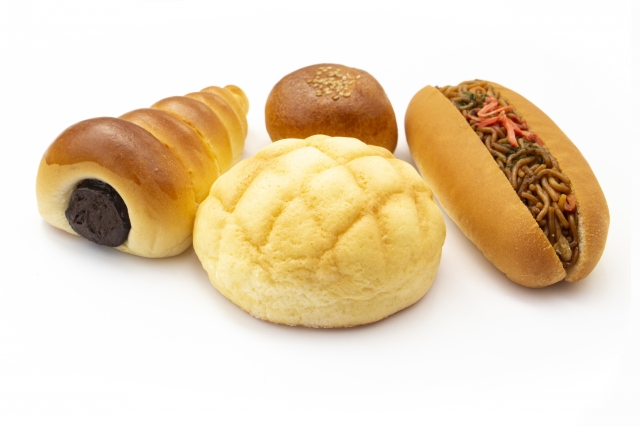 Recognizing there was demand, Japanese bakers launched one sweet, sugary concoction after another, from an pan (Sweet bean-paste-filled bread) to creamy muffins and cupcake-like delights.
On the savory end, they stocked their shelves with curry-filled bread, mayonnaise heavy sandwiches and the all-important katsu sandwich (a deep-fried breaded pork cutlet served between two thick slices of bread), which to overseas visitors must come off as overkill, an incomprehensible lump of grease and carbs. 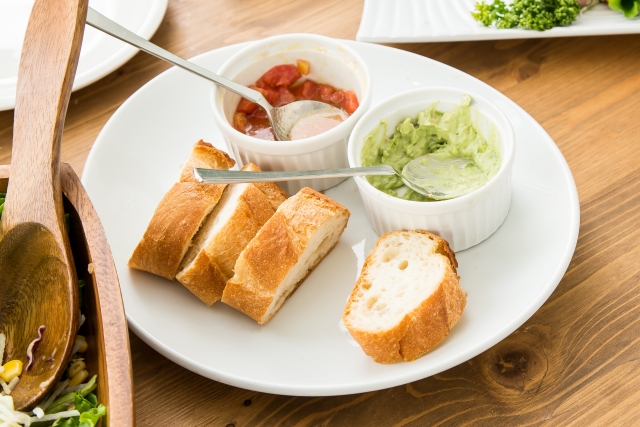 It wasn’t until the late 1970s that the Japanese learned to embrace bread as the main staple, and another 20 years before “real” bread, handmade by bakers in genuine ovens, began adorning tables nationwide.

Now the baguette is ubiquitous and its fortunes have turned. Celebrity French chefs Paul Bocuse and Joel Robuchon both run licensed bakeries in Japan and many consumers head straight to the baguette basket.
A few will even hold lively conversations with the salesperson to decide on what wine and cheese will go best with their baguette. 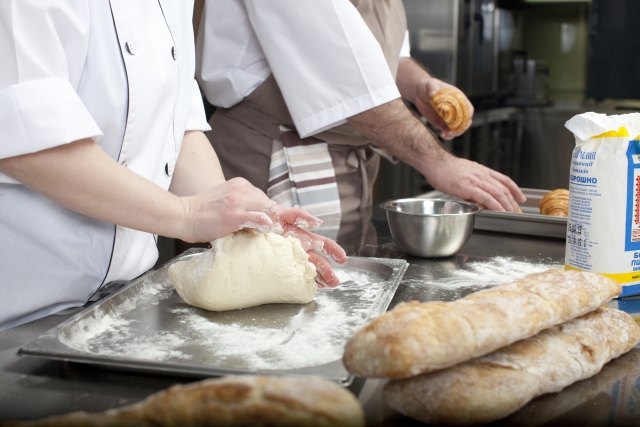 Japanese breadmakers often rank among the best in the world (a case in point is Yuki Nagata of Kobeya, who won first prize at the Bakery Masters competition in 2014) and artisanal bakeries have sprung up in every city.
Some are so iconic, it’s hard to tell whether they’re licensed European or homegrown bakeries.

In 2011, eyebrows were raised when Japanese households spent more on bread than they did on rice for the first time in history.
However, Japanese bread is quite pricey, and the nation still produced only 1.2 million tons of bread compared to 8 million tons of rice in 2015—so rice isn't going anywhere.

But bread is increasingly a part of the national diet, enjoying particular popularity in the Kansai area. You can find at least one bread shop, or panya-san, in any big train station across the country, and you'll even find them tucked into back alleys and the corners of sleepy towns.

Anpan and shokupan are still going strong to this day, while below you'll find a few other common types of bread you can expect to see in your local bread shop. 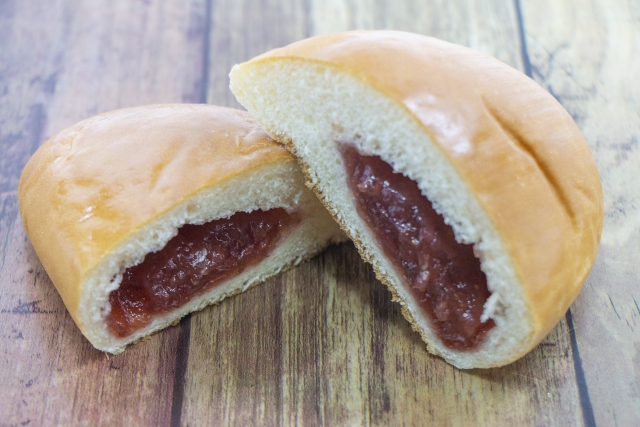 As the name suggests, Jam-pan is a bun with jam inside. Introduced by the third head of Kimura Sohonten in 1900, it was intentionally given an oval shape (ostensibly "leaf shape") to distinguish it from anpan, a peculiarity that was picked up by imitators as well.
Most of the time, strawberry jam inside. 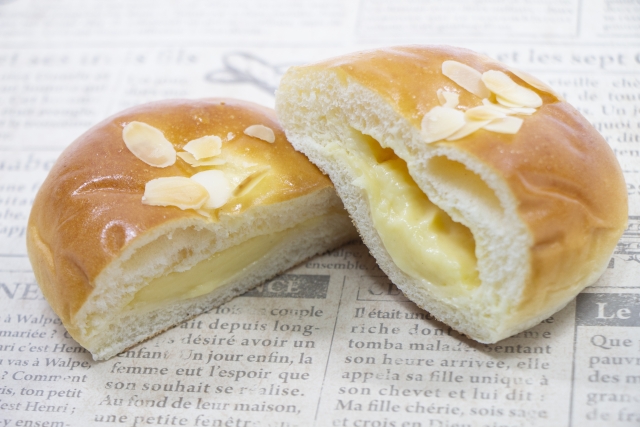 Cream pan is simply a bun with smooth custard cream inside.
It was invented in 1904 by Aizo Soma, founder of the still-thriving Nakamuraya food company, created in imitation of choux à la crème. 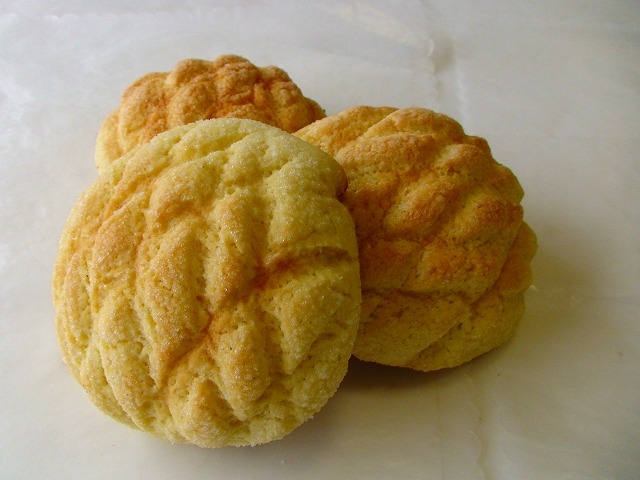 Don't let the name confuse you: melon pan is simply made by coating a normal sweet bun in cookie dough and then baking it, giving it a crisp, sugary shell with a soft interior. There's no actual melon taste to it—though some makers now add a hint of melon flavor or tint it green as a gimmick.

There are two theories behind the seemingly incongruous name: one is that the crisscross pattern on top of the bun looks similar to the skin of a cantaloupe; the other is that it was formerly called merenge pan (meringue bread), and the name gradually devolved into the melon pan. Theories on its origin vary as well, with some dating it as far back as 1910. 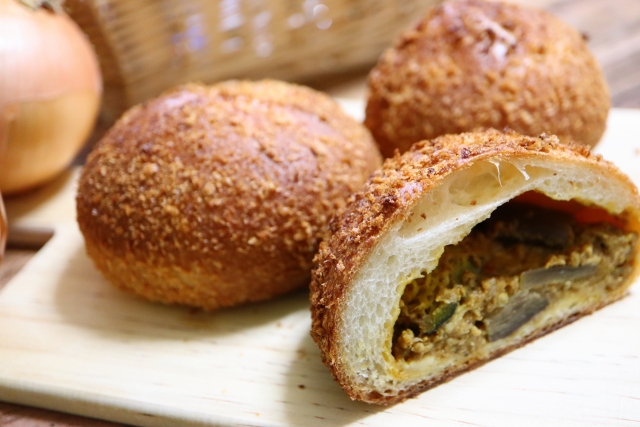 Curry pan is a kind of fried bread filled with sweet Japanese curry. It's a bit of a shock if you're expecting something sweet inside, but the Japanese people love curry.
In fact, curry has been introduced in Japanese cookbooks as early as 1860, and recipes for curry rice were already published by 1872. So it's no surprise that curry pan has been traced as far back as the 1920s. 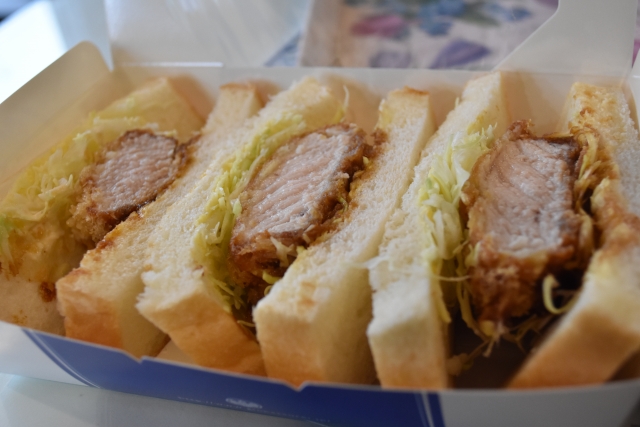 A katsu-Sand (cutletutlet sandwich) is simply a breaded pork cutlet slapped between slices of bread, usually accompanied by a bit of mustard and cut into two or three pieces.
You'll find them at convenience stores, in train stations, and off to the side in quite a few bread shops as well.
The katsu Sando was created in 1935 by a Tonkatsu (pork cutlet) shop in Ueno,
where it was prepared as an easy bite for geisha working the red light district in the area at the time. The shop, Isen, is still in operation today in Japan. 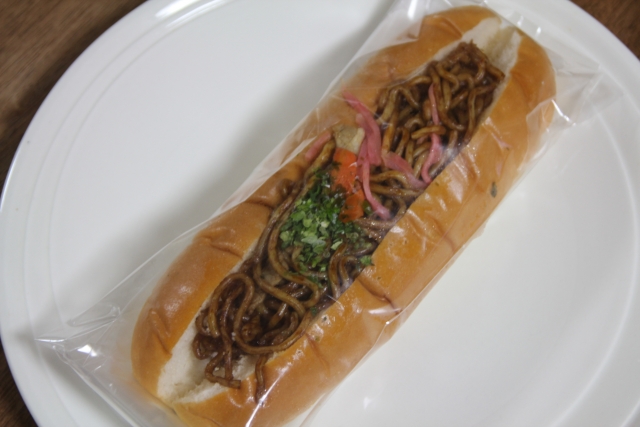 Yakisoba pan is basically just a hot dog bun with fried yakisoba noodles tossed inside. It's believed to have been created just as unceremoniously when a now-closed shop selling both yakisoba and bread rolls advised customers in 1950 to slap the two products together for simplicity's sake.

Those are just the basics there are so many different varieties to try out there. From the surprisingly delicious through to the way out weird!, .. this is Japan after all!
Creativity in Japanese bakeries hasn't slowed down since, and while most shops will focus on common white breads, Danishes, and muffins, you can also find specialty shops selling excellent German-style browns and nut bread.

Bagels are also much more common than they once were, though sourdough and cornbread remain virtually unheard of. So there's still room for expansion, but with so much variety on the shelves—from cheese bread, peanut butter bread, and chocolate croissants, to sausage bread, cheese bread, and classic anpan, in supermarkets these lunchbox style sandwiches are called Snack Sand—you're sure to find something tasty to keep hunger away!

My personal favorite is made by a chain of stores named Johan. Who makes a wonderful selection of French and German-style bread, baked on-site. My local Johan store in downtown Nagoya makes some of the tastiest and satisfying bread creations that I have eaten since leaving Europe over a decade ago and if you ever find yourself in Nagoya a visit to the Johan store bakery is highly recommended!. 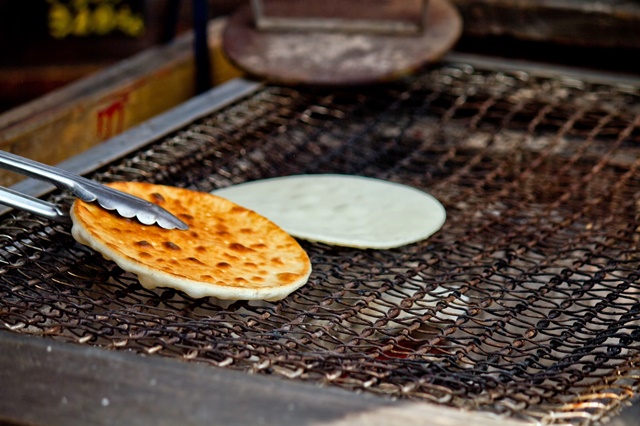 Sembei, or Osembei with the prefix ‘O’ for politeness, is a snack as popular as everyone would like to pick one or two packets whenever they go shopping. It's also a typical accompaniment for tea. Its major ingredients are basically non-glutinous rice and seasonings only – they are basically grilled so oil-free. But it has uncountable variation in shape, size, flavor and texture.   Arare It usually comes in handy size of round or square shape but also comes in tiny pieces called ‘Arare’ or goes as large as human face just to surprise. It can taste savory or sweet. ... 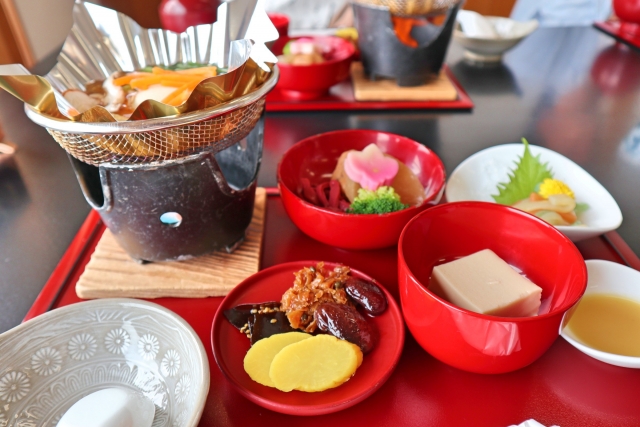 Shojin-ryori is the traditional dining style of Buddhist monks in Japan and grew widespread in popularity with the spread of Zen Buddhism in the 13th century. As the cuisine is made without meat, fish, or other animal products, it can be enjoyed by vegans, vegetarians, and meat-eaters alike. A typical Shojin-ryori meal is centered around soybean-based foods like tofu along with seasonal vegetables and wild mountain plants, which are believed to bring balance and alignment to the body, mind, and spirit. This simple meal contributed to Japan’s elegant haute cuisine called "Kaiseki", and today can be eaten at the dining ... 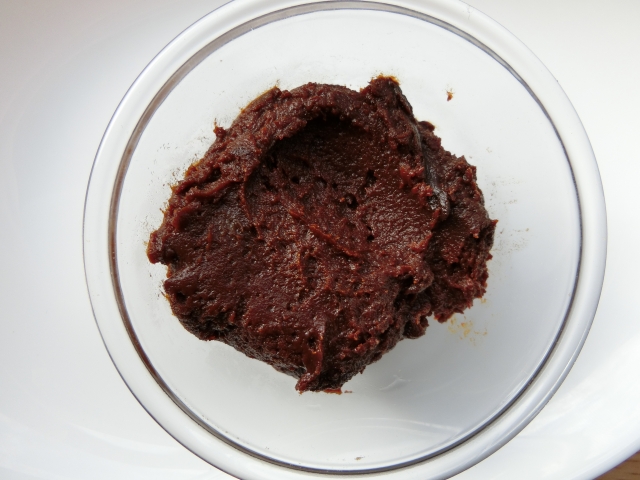 Soy bean paste : Like soy sauce, miso is made from soy beans.It is a paste-like condiment mostly in a brown color. It's a thick paste, usually some shade of reddish-brown, made by mixing crushed boiled soybeans with salt and a koji fermenting agent produced from rice, barley, wheat or beans. Traditionally the mix was wrapped in straw and left to ferment for between two months and two years. Protein-rich miso is one of the essential elements of Japanese cuisine. It has been around since at least the 7th century, and the standard fare of rice (barley for the poor), ...

PREV
What is Shojin-Ryori? Is it Perfect for Vegetarians?
NEXT
Daruma Doll: Write a pupil on one eye of Daruma to make your wish come true